The Dr Will See You Now! 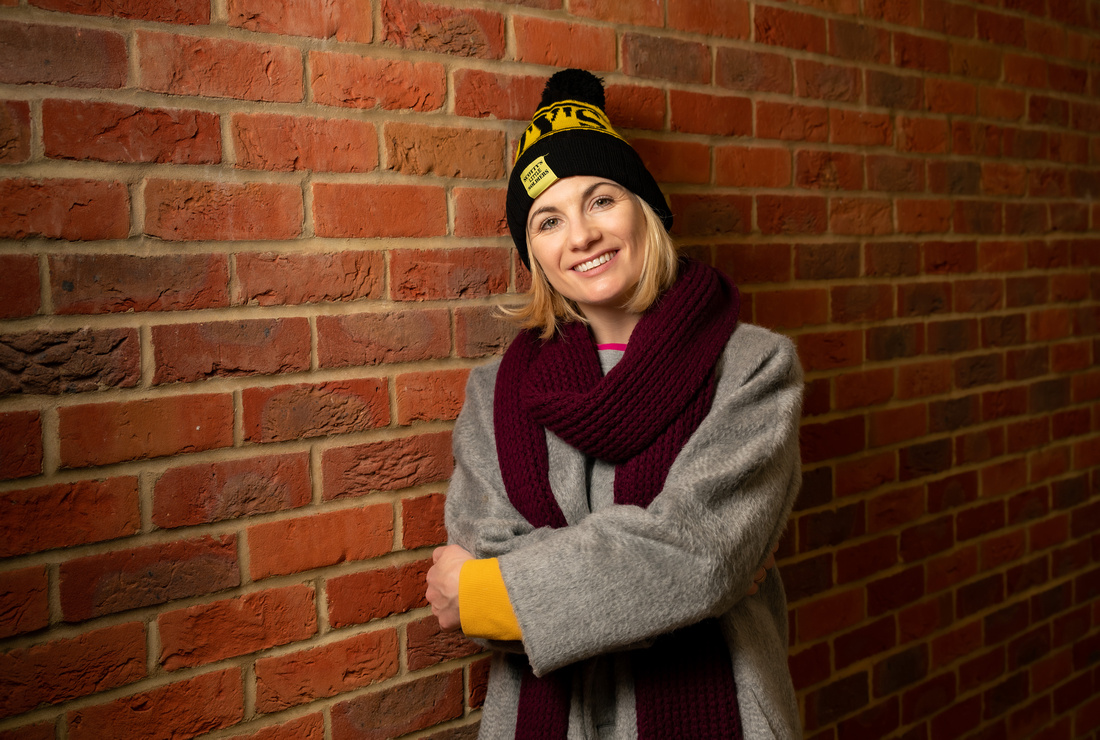 Recently I got to shoot the current Dr Who actor Jodie Whittaker for the charity that I volunteer my services. Jodie had agreed to model a bobble hat to promote the charity's annual #bobblehatday . We had to source a location in London close to where Jodie was due to be that day ,that would offer privacy and space to shoot. My first thought was obviously a photography studio, which would offer both and provide all the lighting and backdrop possibilities that I could want. There just wasn't one in the right area and had there been it's unlikely the charity could justify the likely expense.

We found a venue that could offer a room and potentially some outdoor space but I'd need to take anything I needed with me. I prefer to travel as light as possible and travelling by overground and then underground rail meant I needed to be sensible about what I could feasibly carry. Perfect situation for the Tamron 35-150. It was everything I needed in one lens. Back it up with the small lightweight Nikon 50mm 1.8 just in case and that's lenses dealt with. Then a Pixapro Pika200 flash head and a Li-ion580II speedlight. I'd have liked another light but I just couldn't fit it in. The speedlight also able to act as a trigger if anything were to happen to my main trigger. Two lightweight stands in a lastolite bag with a pop up 60cm soft box an we have a very portable studio. I'd take a Nikon D850 and a D750, without the grips these are both small enough to transport without any drama. All this fitted in one small inconspicuous backpack.

Arriving at the venue the room had a brick wall, and a modular off white wall with silver hinge strips every metre. I decided to do three options. The red brick then use the white wall and thirdly block out the ambient light to create a black backdrop.

For the redbrick I used just the soft box and cut down some of the ambient light to highlight Jodie.

​​​​​​​For the white background I used the speedlight hidden behind Jodie to punch some light onto the wall and then the Pika200 in the 60cm soft box pointing across the front of Jodie. 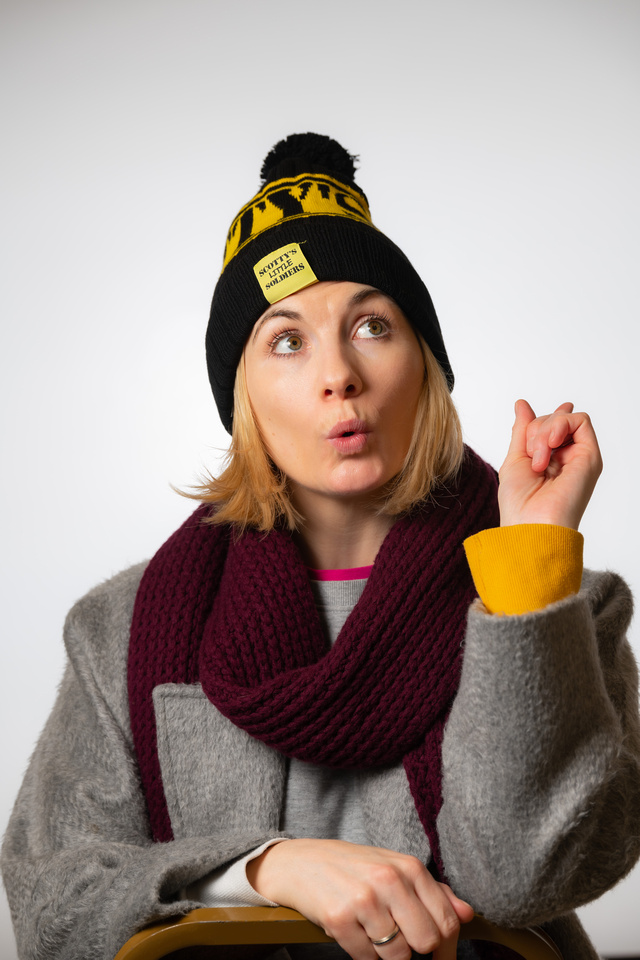 The black background I kept the soft box in the same place but I moved the speedlight round to diagonally opposite to throw a little light onto the opposite cheek. 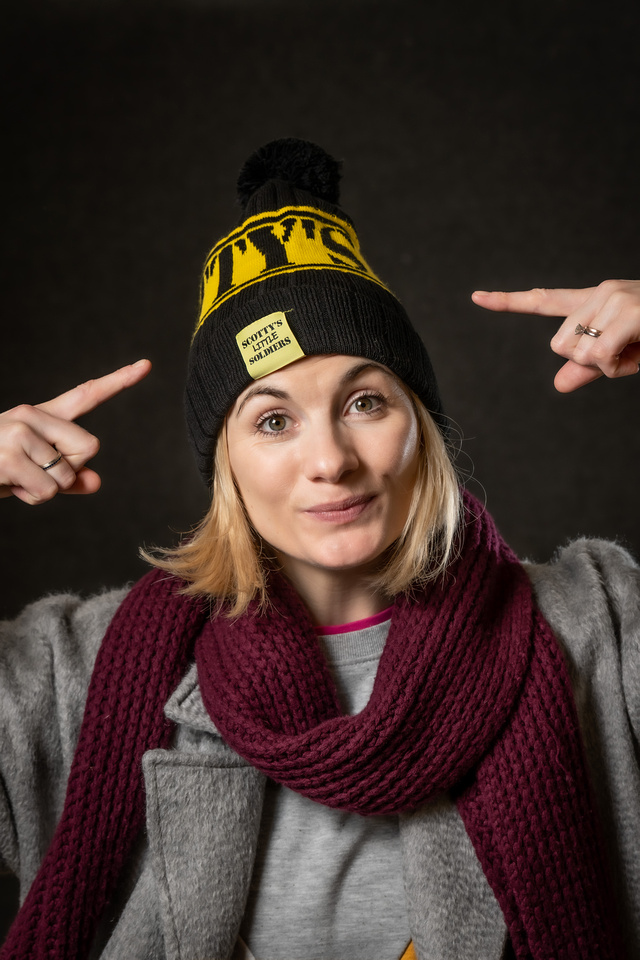 ​​​​​​​Outside they had a row of stone pillars and I thought it'd be nice to get Jodie leaning out. Unfortunately I couldn't shoot along the pillars as I hoped but it was still worthwhile to get a quick outside shot in the selection. I just used available light for this so as to avoid attracting any unwanted attention. 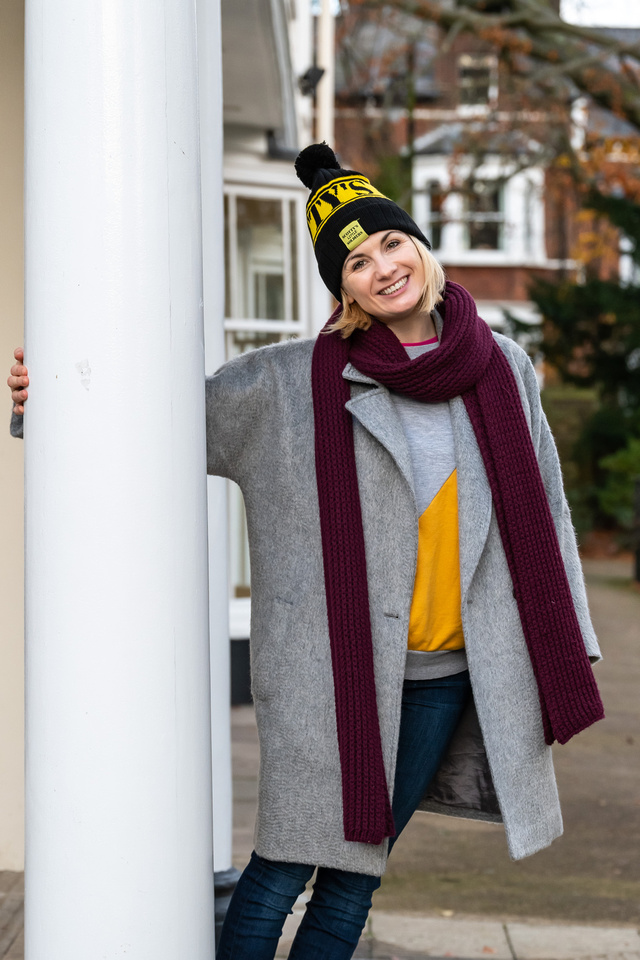 Jodie was fantastic, she'd said we could have an hour but I know speed is appreciated. The whole shoot lasted only 20minutes and we got four different background options.
​​​​​​​